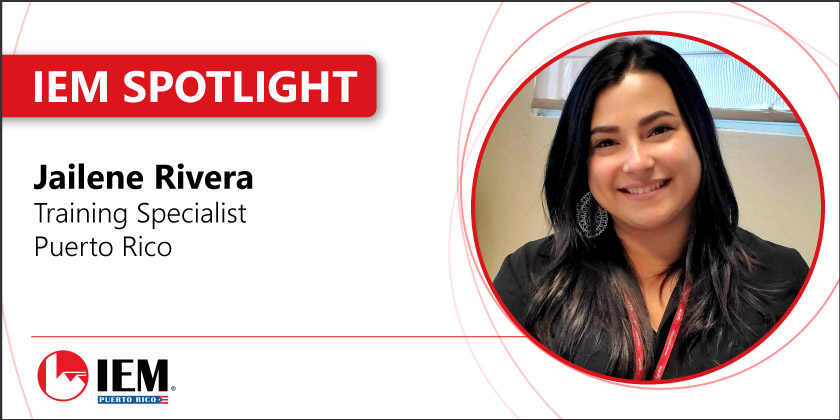 Where did you grow up? If not on Puerto Rico, when did you move to PR?
I grew up in “La ciudad del Gigante Dormido,” a small town in the center of the Island called Adjuntas.

How were you and/or your family impacted by hurricanes Irma and Maria?
At the time of the hurricanes I was living in a small apartment in San Juan. Knowing the hazards of staying there, I took refuge at my parent’s house as the hurricanes passed. I came back to my apartment a few days later to find that it got flooded and most of my things where damaged. But that was the least of my worries. The blackout lasted several months after the hurricanes. There were few places to find fuel and just a few spots where there was cell signal for mobile phones. Everyday was the same routine: go to work, get in line for some gas and hopefully some food, stop by the road to call my parents to tell them I was ok, and then back to my small, dark apartment. It was difficult, but I know I was one of the more fortunate.

What led you to IEM and what do you like best about working with the IEM Team?
I was initially hired as the Administrative Assistant in the San Juan office. I have been promoted, and am now the Trainer for the R3 Program, which means I get to work with the entire team. It’s been a great experience of professional and personal growth.

Working closely with case managers in the Intake Centers I’ve met many applicants who suffered a lot during the hurricanes and knowing that I’m part of the efforts to provide them a safe, secure and resilient home is really gratifying.

How did you come to work in the field of emergency management?
Working with IEM was my first experience with emergency management. When I was the Administrative Assistant, I dedicated a lot of time researching CDBG-DR programs and project management and was closely following the R3 Program Proposal. I wanted to learn more about R3 and then knowing the purpose of the program, I decided that I wanted to be part of that change and help the people who most need it.

What do you think is the most promising part of rebuilding Puerto Rico?
Before, during and after the hurricanes I was very afraid for the safety of my family and loved ones. I hope that by rebuilding Puerto Rico to be more resilient our people won’t need to be as afraid of the disasters that are so common in the Caribbean. I think that the Island can be rebuilt in a way, that hopefully taking routine precautions will be enough to prepare for these disasters and recovery will be faster and easier.

How do you like to spend your free time?
I enjoy watching movies and seeing films. Being a drama major in college, I have an affinity for Art films, and I pay special attention to things that not everyone would appreciate in cinema or films. But to be honest, my favorite part of watching movies is eating popcorn.

Your favorite childhood memory?
Being a kid itself is the best memory, but if I were to choose, I would say running to the street to meet-up with other kids to play hide and seek or riding my bicycle up and down the street. I also enjoyed playing “baseball” with my father – he used a beach ball and I tried to hit it with a broom stick.

Read the Interview in Spanish