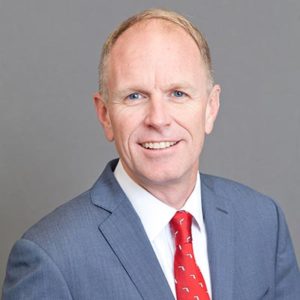 Bryan Koon is the former Director at the Florida Division of Emergency Management and serves as IEM’s Vice President of International Homeland Security and Emergency Management. Koon has spent his career focused on improving emergency response operations and engaging communities in becoming better prepared for emergencies and disasters. Koon joins IEM with a well-rounded background of military, consultant, corporate business, and public sector experience. Koon was appointed by Florida Governor Rick Scott in 2011 to be the state’s Director of Emergency Management. In this position, Koon managed the division’s responsibilities in planning for, responding to, and recovering from natural and human-caused disasters. This included preparing and implementing the statewide Comprehensive Emergency Management Plan, conducting state and local exercises and training to improve preparedness capabilities, and acting as liaison between the Florida Division of Emergency Management and federal and state agencies. Koon’s priorities included relationship-building and better communications between the private and public sectors as well as improved cross-over between state preparedness and recovery efforts. In his role, Koon was also the Chair of the State Emergency Response Commission (SERC) and Vice Chair of the Domestic Security Oversight Council (DSOC).

In addition to serving as IEM Vice President, Koon also serves as Chair of the Multi-Hazard Mitigation Council. The Council is comprised of leading experts in mitigation and serves as an independent, non-governmental, non-profit entity that advocates for smart mitigation practices nationwide.

Prior to working for Florida, Koon was the Operations Manager and Director of Emergency Management for Wal-Mart. There, he was responsible for emergency management operations for 8,500 facilities and 2.2 million employees worldwide during disasters. Managing such a range of locations, each facing different emergencies and disasters, helped to hone Koon’s abilities to be responsive and flexible, a core value at IEM. Koon worked as a White House contractor with SRA International, building off his work as Training Officer for Presidential Contingency Programs under the U.S. Navy. While on active duty with the Navy, Koon worked at the White House Military Office in the President’s Emergency Operations Center.

Koon was a Commissioner of the Emergency Management Accreditation Program (EMAP). He was also Vice Chairman of the Multi-Hazard Mitigation Council, sat on the Board of Directors of the National Information Sharing Consortium, and was formerly President of the National Emergency Management Association (NEMA). He has a bachelor’s degree from Cornell University, a master’s degree in Business Administration from the George Washington University (GWU), and a Graduate Certificate in Emergency and Crisis Management from GWU. A Florida native, Koon will serve the company from Tallahassee, Florida, where Koon currently resides with his wife, Jennifer, and three sons.